If you are on the Go in the Parks from February 4-6, 2022, you’ll be able to let the good times roll at Universal, savor global cuisine at SeaWorld Orlando, and more!

This year’s celebration will fill Universal Studios Florida with a spectacular Mardi Gras parade with new floats, celebratory cuisine featuring diverse flavors from around the world, the much-awaited return of star-studded live concerts, a new tribute store, and so much more.

Mardi Gras happens on select nights and is included in the price of admission to Universal Studios Florida!

With over 10 million records sold and four top 10 songs, Sugar Ray’s top-selling singles include the hits “Fly,” “Someday” and “Every Morning.”

SeaWorld Orlando is kicking off 2022 with the Seven Seas Food Festival that’s packed with more flavor than ever before every Thursday through Sunday, until May 8.

This year at Orlando’s largest theme park food festival, foodies and families alike can enjoy over 200 chef-and mixologist-curated tastes inspired by cultures from across the Seven Seas.

In addition to taste from around the world, you can catch a concert, included with your theme park admission, from Justin Moore at Bayside Stadium on Saturday, February 5th at 7:00 pm.

The long-awaited Ice Breaker coaster will open officially to the public at SeaWorld Orlando on February 18, 2022.

SeaWorld Orlando Annual Passholders can experience the 1,900-foot multi-launch coaster that reaches a top speed of 52 mph with a 100-degree, 93-foot spike on select days.

Epcot International Festival of the Arts

Exhilarating adventures in the visual, culinary, and performing arts await guests at the EPCOT International Festival of the Arts happening daily through February 21, 2022.

Throughout the festival’s run, chefs showcase dishes inspired by art movements, visual masterpieces come to life and Broadway stars sing beloved show tunes in a celebration of performance art that’s sure to captivate festivalgoers as only Disney can.

This weekend’s Disney on Broadway Concert Series features performances from:

Captain Redbeard and his crew return to shore for PirateFest Weekends at LEGOLAND Florida Resort for select consecutive weekends.

During the event, families can immerse themselves in the ultimate pirate-packed day of play, including exclusive character meet-and-greets, exciting entertainment, LEGO builds, and specialty food– plus, it’s all included in theme park admission.

Get jazzed up with Mardi Gras-style live music and New Orleans-inspired entertainment. Catch some festival beads from strolling performers throughout the day, and get caught up in the fun as you dance through spacious walkways. Feast like kings and queens on classic Cajun cuisine as Busch Gardens brings the “Big Easy” to Tampa Bay. 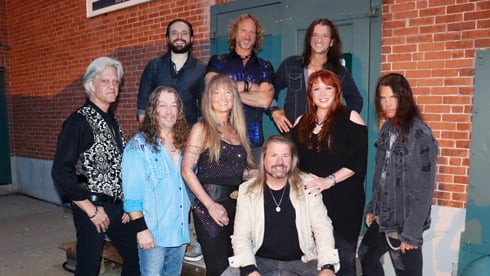 Florida Resident Savings On the Go in the Parks

Who doesn’t love saving when you are On the Go in the Parks???

Save 40% on a 4-Day Ticket: Florida Residents can experience the magic of the Walt Disney World Resort theme parks and save big on tickets!

Get 2 days free with a 2-Park 2-Day Ticket and experience 4 days total at Universal Studios Florida and Universal’s Islands of Adventure.

There are SOOOOO many great SeaWorld Orlando ticket, fun card, and annual pass discounts you are sure to find a deal that fits your needs!!!

Florida Residents, enjoy year-round 20% savings and, for a limited time,  receive a complimentary premium drink package (a $40 value) with your booking.